As I briefly mentioned in my last post, we took William to Destin, Florida for his first beach vacation last month. We stayed in a roomy beach house and had some of Adam's wonderful family with us. You should've seen the Suburban we took (I should've taken a picture!). That thing was packed to the brim with all of William's favorite things- from his Boppy lounger to his rocker bassinet (yes, we hauled his bed down there)! We were a little nervous about a 10-hour car ride with a babe, but William was a stellar traveler. He has to be to be our child, though, right?! Adam and I love to stay on the go. Anyway, that munchkin of ours slept the ENTIRE way there aside from a couple feedings and a diaper or two. He never even cried or fussed! We couldn't believe it. 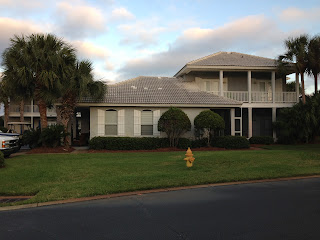 Flipp Flopped- The beach house
﻿
﻿
Aunt Debbie and Aunt Joyce came down for a long weekend visit, so we took some family pictures on the beach while they were there. We had to break in our fancy new camera, and there's no better photo op than the beach! Here are a few of my favorite shots: 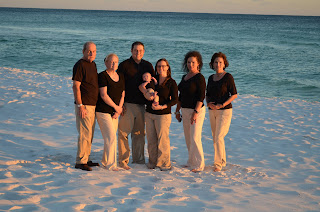 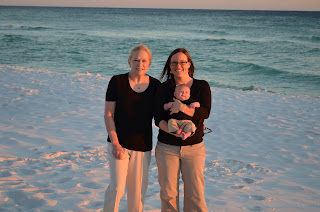 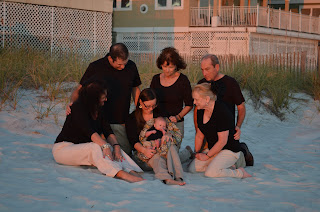 Everyone looking at him- one of my faves! 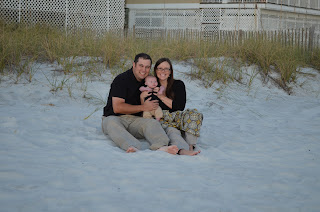 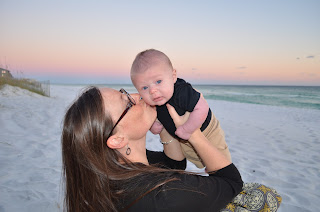 Proud Momma
Considering Adam and I have never had any kind of photography class, we were pretty pleased with the photo shoot! William turned 2 months old while we were there, so we took some pics with his onesie sticker. 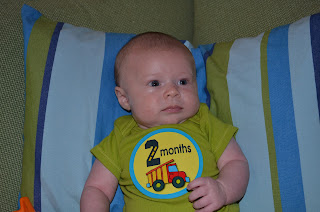 The rest of the trip was spent relaxing (minus the Halloween knitting frenzy), shopping, eating, and more relaxing. 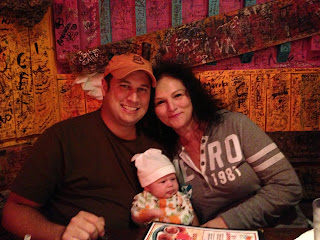 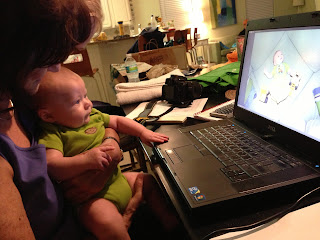 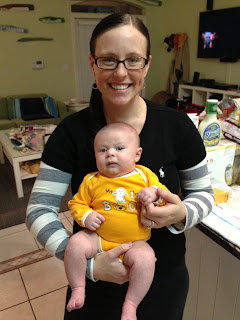 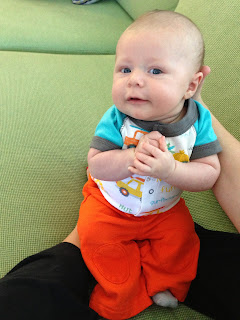 Sweetest Little Beach Bum!
The weather was pretty cool while we were there, so he only made a brief appearance on the beach. The beach house neighborhood had a heated pool, so we went for a dip and introduced him to the swimming pool. That lasted about 15 minutes. ;) 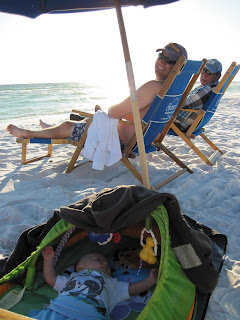 The wind was rather strong, but he didn't seem to mind! 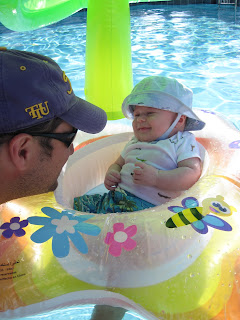 He's all smiles for Daddy! 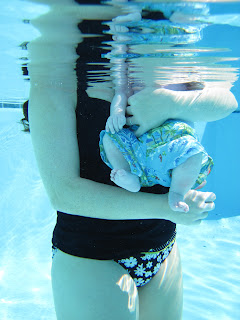 Fun shot from our underwater camera!
Dad Birdwell's birthday was a few weeks before, so his birthday gift from us was a deep sea fishing trip. Munchkin and I stayed on dry land while Daddy and Pa caught our dinner! 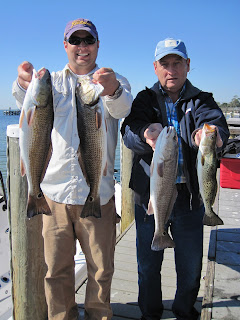 Red fish & trout- they were yummy!!
William got a really stinking cute golf outfit at one of the baby showers, so of course I remembered to pack it! We had a golf cart at the beach house that we used to ride over to the beach and back (yes, we were 100% spoiled that week), so it seemed appropriate to capture some pics of William on it while wearing his argyle! 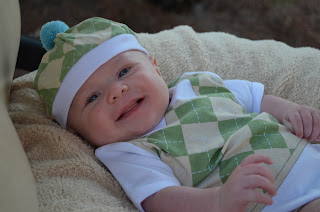 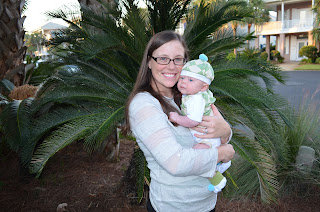 And that was pretty much it for his first vacay! He did super awesome on the car ride home as well. The last couple of hours, he was pretty much over it, but overall he was a total trooper!! 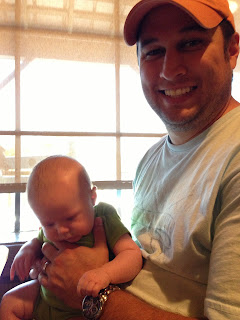 Pit stop at Cracker Barrel
Now I can only hope that he does as well on his first flight next week. We're heading to the Lone Star state of Texas to visit Aunt Danielle and the Organ crew!
Posted by Unknown at 10:35 AM